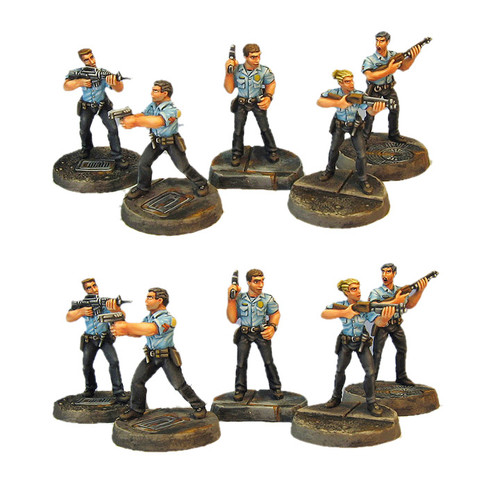 What's a little urban chaos without the men in blue in there mixing it up? A few years ago these guys would only be armed with pistols, but nowadays they get the fun toys. This pack features 5 Rookie Cop figures, two with pistol, two with shotgun, and one with an AR-15. Perfect for backup, or for going in alone. This is a set of five 28mm scale Hostages including 25mm Urban Bases. Also included are cardstock markers for crouching, prone, flashbang and chalk outlines. Sample models painted and photographed by James Wappel. Sculpted by Dave Summers. Models supplied unpainted and unassembled.