Few creatures are as ferocious and dangerous as Ogres wielding those brutal two-handed weapons!

Ogres are huge, brutish creatures, standing three times as tall as a man, with features that exaggerate and expound upon the most grotesque that any of mankind's number might have. Ogres are too dull-witted to use tactics; instead, they engage in brutal melee until either they, or their opponents, are dead. Their violence is so intense that Ogres must be restrained from pummeling their opponents long after these have been killed. 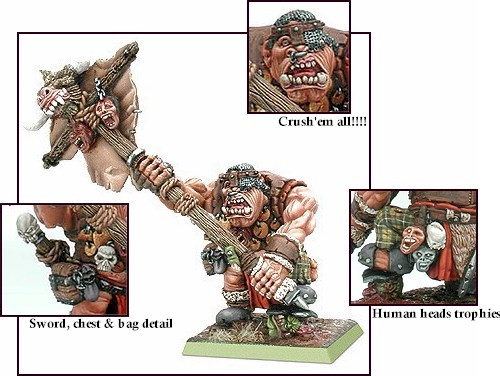