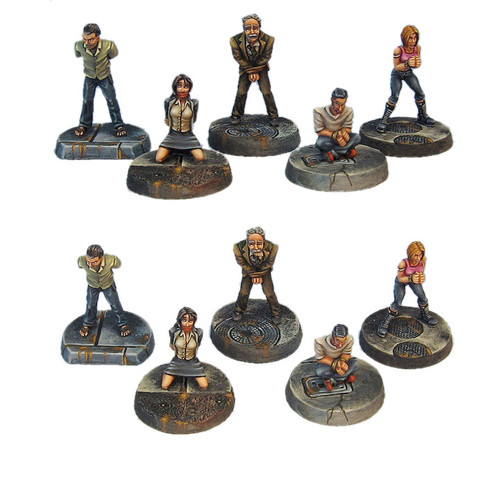 As the saying goes, "Wrong place, wrong time"... That's right where these folks were, and now they've been bound and gagged for their troubles. Better send in the good guys, cause the bad boys are gonna start shooting if they're demands aren't met. These should work great for mission objectives in either tabletop or roleplaying games. Also included are cardstock markers for crouching, prone, flashbang and chalk outlines. This is a set of five 28mm scale Hostages including 25mm Urban Bases. Sample models painted and photographed by James Wappel. Sculpted by Dave Summers. Models supplied unpainted and unassembled.