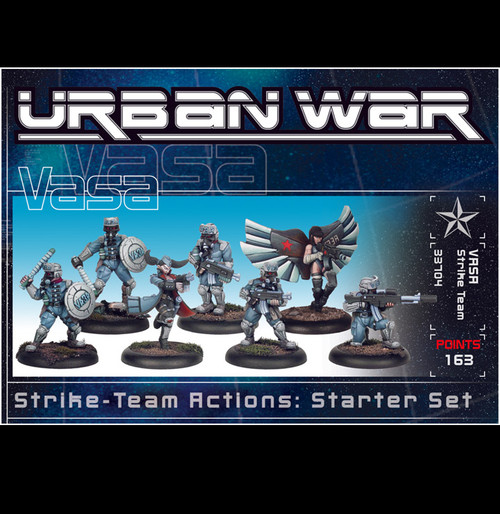 From its icy home planet Vacillus, orbiting the dead sun Leviathan, VASA's power reaches to the furthest extent of known space. In the distant past VASA was a purely scientific body, but now it commands the mightiest of star fleets, far surpassing those of any of its rivals.

VASA controls the vital Grav-wells through which all inter-stellar traffic must pass, and through taxes and levies it funds its policing, customs and peacekeeping activities. Though viewed by most as a benign power, a hardcore of dissidents throughout the galaxy believe VASA to be overbearing and oppressive.

This set provides you with a basic starter team that will give you a feel for this faction's play style. Whether you're a newcomer to the hobby or a veteran wanting to try out a new game or faction, this is an ideal starting point.