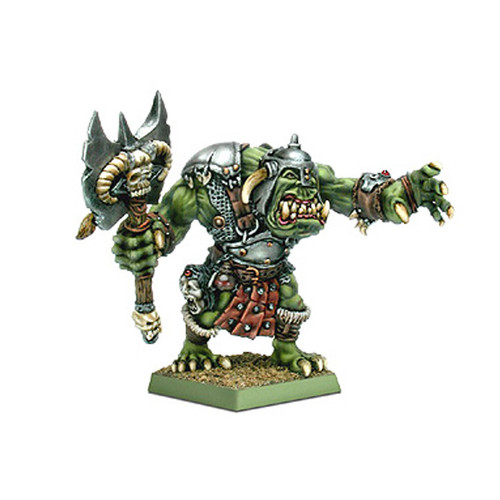 Urgzahk is a mighty & legendary Orc: the meanest, biggest & most feared. Urgzahk is enormous in size and extremely dangerous in combat. He is a legend among Orcs, and his mere presence in battle will inspire the troops to greater efforts!!

Urgzahk is extremely strong, and always wields his large, devastating great axe, He leaps with merciless fury into combat, splintering armour & bones, and cutting whirling arcs of death and destruction with his ancient axe!

Many unfortunate mighty kings and kingdoms have fallen under Urgzahk's hordes... and more will...

The figures are multi-part pewter castings and need assembly and are supplied unpainted. Square 25mm bases are supplied.