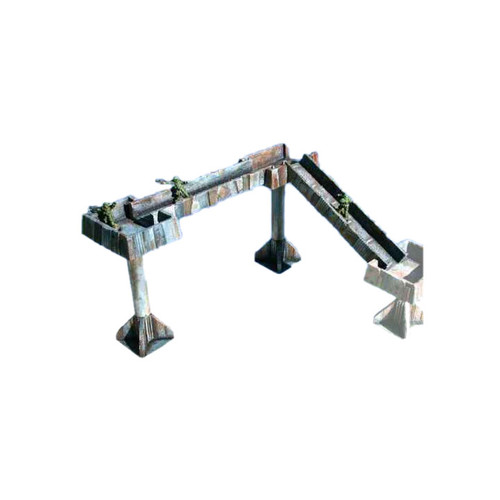 Armorcast's Tech Walk system allows for fast paced tactical combat in a dark futuristic setting. The gritty details of a worn, rusted and combat damaged fire base are sculpted into the design. The kit includes two armored fire base platforms, a platform with one entrance / egress and one with three entrance egress points. There are two 6" tall platform column that elevates the firebase to 6" above the game table and two armored ramps. Model are supplied unpainted. Figures are not provided, they are only shown for scale. Terrain supplied unpainted and unassembled.