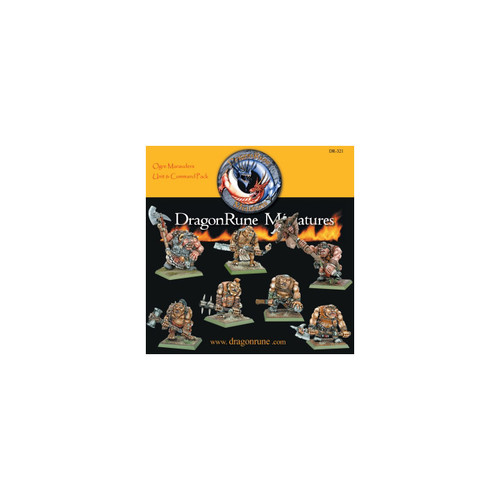 These Ogres employ gigantic two-handed weapons in battle, inflicting extreme damage & wounds to their opponents! They fight viciously and brutally, aiming their merciless attacks at their opponent's heads. Ogres are huge, brutish creatures, standing three times as tall as a man, with features that exaggerate and expound upon the most grotesque that any of mankind's number might have. Ogres are too dull-witted to use tactics; instead, they engage in brutal melee until either they, or their opponents, are dead. Their violence is so intense that Ogres must be restrained from pummeling their opponents long after these have been killed.

Contains all seven Ogre models. Models supplied unpainted and the models are multi-part kits. The models are sculpted in Heroic 28mm scale.