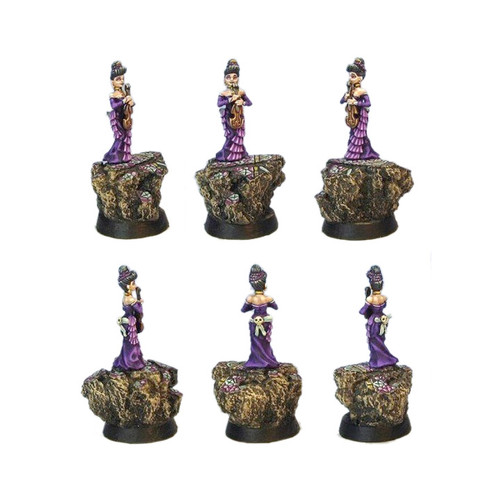 Requiemma left her family and village to become a bard in the capital city. She had a patron of great wealth sponsor her into the best musical college of the land. But during her studies she received a message that her village was pillaged and burned by marauders. She left for home only to find that her family was slain. In her despair she began to wander the roads singing and playing her violin retelling her tale of woe. She was a fragile flower when she met Danze and his sidekick Macbre. Danze saw the power in her and new she could come to good use for him. He told her promises of the ability to bring her loved ones back to life!
This is the beginning of Requiemma's fall from grace and the path to dark Necromatic arts. She is possessed to find a way to bring her lost family back, but to what end?
Sculpted by Gene Van Horne in heroic 28mm scale. Gallery Base not included but available in our Armorcast Store