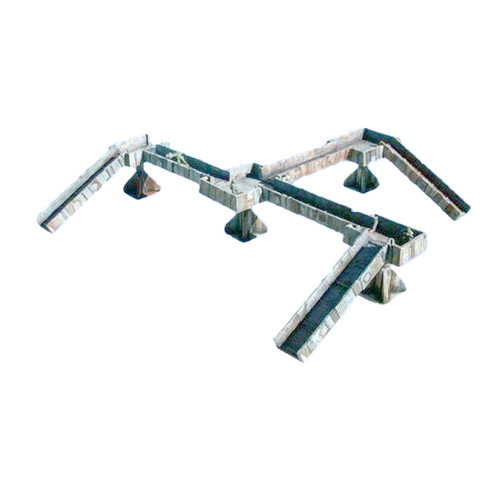 Armorcast's Tech Walk system allows for fast pace tactical combat in a dark futuristic setting. The gritty details of a worn, rusted and combat damaged fire base are sculpted into the design. The set includes:

As shown the set fills a 2' x 2' area on a game table. 32mm base fit in the catwalks. Suitable for Mercs, Infinity and Necromunda.